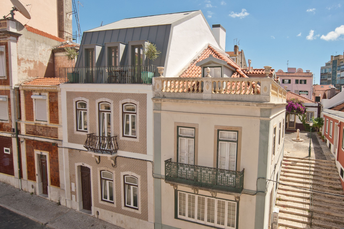 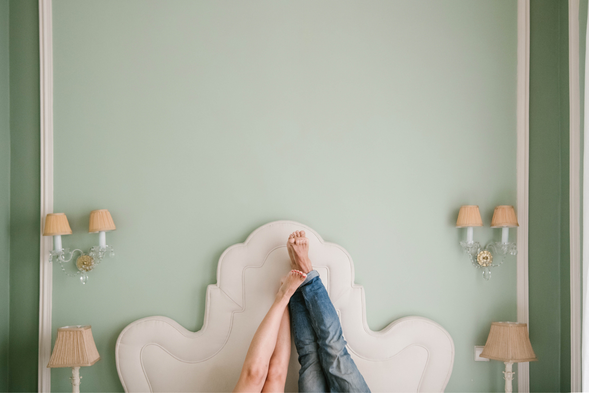 1 / 24
A house in some neighborhood, with its streets, its trees, its people, its animals, its rhythms. We have to start somewhere, we can always start here.

A house near a garden, in such a beautiful and special neighbourhood that it could be one of Lisbon's best kept secrets. Casa Amora starts from the recovery of two very representative buildings of Lisbon: a typical bourgeois building from the beginning of the 20th century and a building from the 18th century, of Pombaline architecture.

After a careful process of renovation and adaptation, Casa Amora offers 5 rooms and 6 studios that pay homage to the city and its more artistic side, through figures that have marked the Portuguese culture. Outside, a charming patio - a wall covered with climbing vines, Portuguese pavement floor - is the perfect place to rest or have a light meal and discover the most private/near side of Lisbon.

All the original elements, such as the tiles, stuccoes and pombaline cages, have been rigorously maintained and combined with a palette of soft colours that creates a calm and cared for atmosphere.